Schlesinger’s has made thousands of NYPD uniforms over the years, and the same goes for hospitality uniforms like waiters and chef’s uniforms. In fact, these types of uniforms are the ones that we replace parts of (or all of) more than any other. Why? Because of what they constantly go through.

NYPD Police Uniforms: There are many parts to an NYPD uniform, and at one time or another every police officer has to replace some of the pieces. Police are more likely to get into altercations than those in other lines of work, and a shirt might get ripped, buttons might get torn off, or pants can get torn while climbing a chain-link fence. Luckily Schlesinger’s Uniforms is there to help them get their police uniform looking its best in as short a time as possible.

Chef Uniforms: It’s no surprise that chef’s often need to come to us when a stain in their uniform just won’t come out. Of course, some chefs care less than others, thinking of the stains they get as a sort of “seasoning” on their clothes. Others, however, are more out in the open, whether it’s because they’re more well known or because they’re in a open kitchen that’s viewable by the public. Many chefs, however, can hide in the kitchen, which certainly doesn’t hold true for…

The Wait Staff: The waitstaff is always in front of the public, whether they’re a waitress, a busboy, or in catering. Whenever you’re around food, there are always going to be stains. This is doubly true when there’s a chance you’ll bump into other wait staff moving around quickly.

It doesn’t matter whether the entire uniform needs to be replaced or just a small piece, Schlesinger’s Uniforms will be there to fix the problem. Contact us or stop by today! 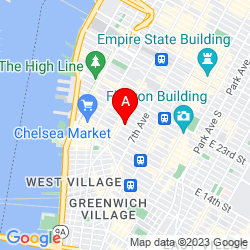